This is the tale of the Bresso manufacturer, which was founded in the Milan suburb in the early Fifties. Iso became known for its incredible variety of products over about 30 years, and its story is as fascinating as it is little known today.
In fact, the company's production was one of the most multi-faceted, ranging from electrical household goods branded Isothermos, to its unmistakable scooters and light motorcycles, especially the Isomoto; the three-wheeled Isocarro van; the revolutionary Isetta micro-car; the fabulous Iso Rivolta GT, Grifo, Fidia and Iso Lele grand tourers.

This book analyses the technical aspects of all of these products, and covers the complex story of Iso itself, all reconstructed with the testimony of the key players of the period and the company's own photography. Ample space has been given to the marque's sporting activities, competing as it did in some of the great races of the past, among them the Mille Miglia, 24 Hours of Le Mans and even Formula One.
The story is brought right up to the present day when, after a period of silence, work started up again to produce prototypes of the Nineties Grifo, the Isocity and Isigò city cars, direct descendents of the Isetta. 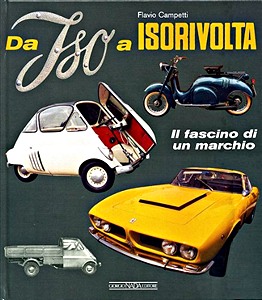 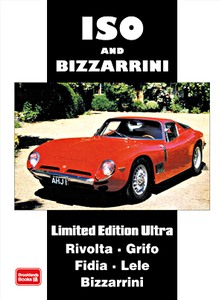 This book tells the fascinating story of the last and most successful of the Iso AC/3 Grifo race cars from the fabulous period of sports car racing in the mid-1960s. The A3/C was the creation of Giotto Bizzarrini, the engineer who developed the famed Ferrari 250 GTO.

In its short but varied racing career, which included outings with two Grand Prix drivers, '222' showed itself to be one of the world's fastest racing sports and GT cars, its top speed on the Mulsanne straight at Le Mans, nearly 190mph, bettered only by the 7-litre Ford GT Mk II.

This book celebrates the life of '222' and the against-the-odds efforts of Bizzarrini, a genius with the ambition to produce the best GT race car of its era.

Key points:
- The story of the car that won its class and finished in ninth place overall against formidable opposition in the Le Mans 24 Hours of 1965.
- The car's conception, design and development - masterminded by Giotto Bizzarrini - covered in detail, complete with rare period images.
- The background and achievements of Bizzarrini the man outlined and assessed, including his role at Ferrari.
- Five international events in 1965 - as an Iso run by Giotto Bizzarrini - recorded in full, with superb photos.
- Biographical details of all drivers who competed with the car, including Chris Amon (in Austria at the 200 Miles of Zeltweg) and Maurice Trintignant (in France at the Mont Dore hill climb).
- Contains many first-hand accounts, including from surviving drivers and other participants in the story.
- Later life: rebadged as a Bizzarrini, sold as a road car to a colourful American living in Rome, passed through further owners, ending up today in enthusiast Bruce Meyer's California-based car collection, returned in every detail to its original race specification.
- The book includes a portfolio of magnificent studio images by noted American photographer Peter Harholdt. 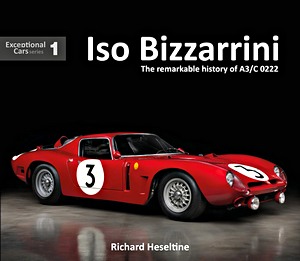 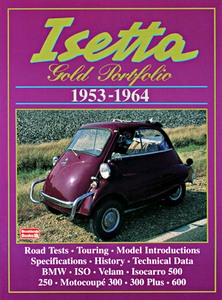 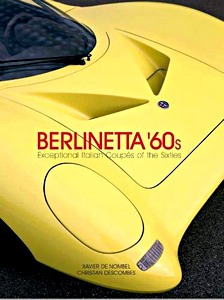 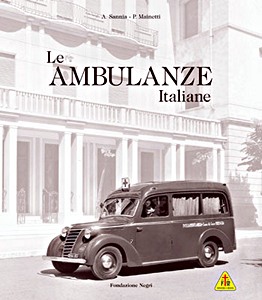