Omschrijving - The Jowett Motor Manufacturing Company was founded in Bradford in 1901 by Benjamin, Ruth and William Jowett. Their first product was a V-twin engine which proved to be successful in various cars. In 1906 a prototype car was built using a new design of engine. The first of a long line of Jowetts was born!

After a few years of tinkering, the car was ready for production. While few Jowetts were made during the First World War, expansion took place during the war and production restarted in 1920. By 1927, over 3,000 Jowetts were leaving the factory per year with their owners enjoying reliable, economical motoring.

By the end of the Second World War, Jowett had modified the pre-war commercial and re-named it the Bradford. The van was a success and helped keep the company busy while it readied itself for production of the Javelin, a unitary construction saloon with a flat-four engine. It was a technical masterpiece, ahead of its time and the first totally new car of the post-war era.
But the company was in trouble by the early 1950s. Not enough sales of the Javelin and development costs of new models led to the sale of the factory in early 1954. A few Jupiters were made out of spare parts but the end was in sight.
Spare parts continued to be supplied till 1963 and this led indirectly to a relatively large number of cars surviving. Today they are catered for by the longest running one-make car club in the world, the Jowett Car Club, which was founded in 1923.

This book telles the entire story of the Jowett company and the cars it produced. 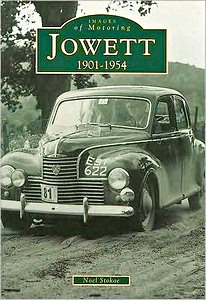 Omschrijving - Based in Idle, near Bradford, the Jowett car was the result of two brothers' engineering skills. Put into production before the start of the First World War, the Jowett car, by the 1920s, was well-known as a rugged, dependable, reliable form of transport, much beloved of its owners, who had soon formed an Owner's Club, which at 90 years of age is the oldest one make car club in the world.

The new Jowett factory opened in Idle in 1919 and the first car produced was the Jowett Seven, with commercial models following in 1922 and the Jowett Long Four tourer during 1923, with a closed model in 1925.
The first decade after the war was perhaps one of Jowett's finest, with the company manufacturing thousands of their economical cars and light vans to an appreciative and enthusiastic audience.

Noel Stokoe is acknowledged as an expert on the Jowett, owning two himself, but also is the club's historian. 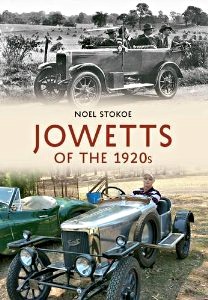 Omschrijving - Brothers William and Ben Jowett, of Bradford, Yorkshire, built their first car in 1906 and tested it for four years before going into car production in 1910. By the time the factory switched to First World War munitions work, in 1916, forty-eight cars had been built. They resumed car production in 1920, and sales went from strength to strength.

The 1930s proved to be a much more difficult time for Jowett, as a devastating fire in 1930 destroyed the factory and almost their entire stock of new cars. The brothers then had to decide whether or not they should rebuild the factory and start car manufacturing again-luckily, they did, as many interesting models were produced during this decade.

From the first car in 1906, all cars the Jowetts produced were powered by the famous flat-twin engine known as 'the little engine with the big pull' that was used in all cars and light commercial vehicles.
In 1935, the range was expanded to include a four-cylinder horizontally opposed engine, and they used these two engines in various models until the Second World War.

In this book Noel Stokoe presents the history of Jowett and its cars during the thirties.

Omschrijving - The Jowett Bradford was rushed into production in 1946 as a stop-gap model pending the launch of the all-new Javelin saloon, which its young designer, Gerald Palmer, had been working on since 1942. It was based on the 1938 8 hp commercial and was basically a pre-war design in every respect.
It was, however, very popular with farmers and small businesses such as bakers, greengrocers, fishmongers and drapers etc., as it was economical, cheap, rugged and simple to work on.

It was powered by the flat-twin horizontally-opposed 1005 cc engine, which was basically the same as the one fitted to the first prototype Jowett in 1906 with minor improvements, it was so antiquated when compared to the new Javelin saloon Jupiter sports car.
The Bradford was expected to be dropped from the range in 1951 but this never happened and it remained in production right up to the closure of the factory in 1954 when Jowett's ceased trading.
Ironically, it was the largest selling model that Jowett's ever produced with almost 40,000 being built. 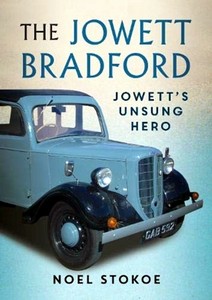 The Jowett Jupiter - The Car That Leaped to Fame (New edition)

Omschrijving - From the Jupiter's inception and development, to its sporting successes, and its current status as a sought-after classic, 'Jowett Jupiter - the Car that Leaped to Fame' is a unique book by Edmund Nankivell, the world authority on the Jupiter, and is a complete study of the model.

With its advanced chassis designed by Dr Eberan-Eberhorst, the noted Austrian engineer who was also responsible for designing the Auto Union Type D Grand Prix car, the Jowett Jupiter was an instant hit. Its responsive handling and lively engine made the Jupiter a great sporting success from the off, with a record-breaking win at the Le Mans 24 Hours in 1950, and a class 1-2 win at the 1951 Monte Carlo International Rally.

This book covers the Jupiter's success across the board, revealing the full chronology of the model, its racing derivatives, and the special-bodied Jupiters from the likes of Stabilimenti Farina and Abbott of Farnham.
With chapters detailing Jupiters in current use, historic racing, and concours events, this new edition includes more images and updated information, and provides a comprehensive record of this fantastic, historic car.

Features:
- Covers the full Jupiter history, from inception to the present day
- This new edition includes brand new material and updated information
- Includes a full chronology of the Jupiter
- Examines the car's design features, and the designers who created them
- Includes details and photos of coach-bodied Jupiters
- Reveals the many interesting and important activities indulged in by Jupiter owners over the decades
- Full competition results, including many not recorded in the previous edition
- Lists every Jupiter built, along with its current status, where known. 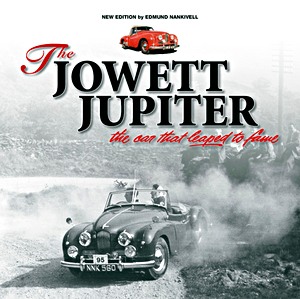 The Jowett Jupiter - The Car That Leaped to Fame (New edition)

Omschrijving - In this compelling book looking at the sporting history of the Jowett company, Noel Stokoe has compiled an absorbing selection of thoroughly entertaining personal accounts by Jowett drivers in competition from 1906-1954, including the mammoth treks across Africa to the Le Mans class wins of the 1950s Jupiters and the rally successes of Javelins.

The beauty of this period was that in the early years after the war private individuals could enter prestigious events and stand a chance of doing reasonably well. Big business and corporate backers had not moved into the sport at that time, although sadly this situation did not last for long.
By the late 1950s the private entrant no longer stood any realistic chance against the 'big boys' and their corporate backers. However, the reminiscences of these local enthusiasts deciding to 'have a go' in pre-war trials and record attempts provides an engaging record of a time now past. 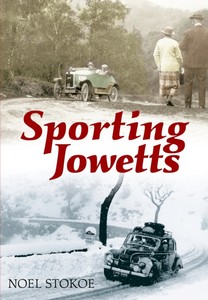 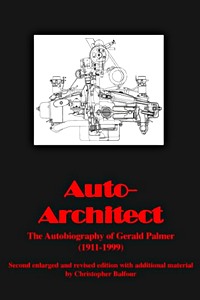 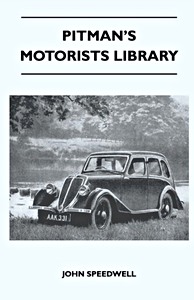