Royal Enfield's famous motor - 'made like a gun' - hints at the factory's origins, but few appreciate that it is the oldest motorcycle manufacturer in existence that can boast of continuous production. In addition, its famous Bullet can claim the longest motorcycle production run of all time.
Greg Pullen charts the rise, fall and rise again of Royal Enfield, from the company's pre-motorcycle beginnings in Redditch, through the impact of two World Wars, the importance of exports to India and subsequent establishment of factories there, to changes in ownership, recently launched models and new concept bikes for the future.

With 190 colour photographs, this book includes: the V-twins, from the 1930s K and KX range to a glimpse of the concept V-twin shown in 2018; the singles, from 2-strokes to side-valve 4-strokes, and the ohv version that first used the Bullet name, through to the new singles built in India.

The British Bullet: its arrival in 1948 and production in the UK, the original orders from India and subsequent setting up of production there are discussed. The 250s, (1958-68), including the Turbo Twins, and the big twins, from the 1948 500 Town to the final interceptor in 1970, including the 800cc prototype and the Clymer Indians are covered. The new twins: the 650cc Royal Enfield interceptor and Continental GT twins and the Bobber concept bike are discussed.

Competition success is covered, with notable ISDT achievements, star rider Johnny Brittain and racing the big twins, and Geoff Duke in the GP5. Finally, the British factories and the new opportunities with the Indian factories are remembered. 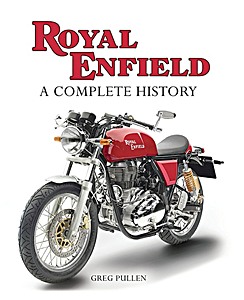 Over 80 ex-employees and their descendants give perceptive and often humorous accounts of life in the Enfield works, charting its expansion from a humble needle factory into one of Britain's best known motorcycle manufacturers.
Contributions include Enfield-trained Bill Lomas, double World and British motorcycling champion, and Johnny Brittain who describes how he became the youngest member of the British winning team in the 1953 International Six Days Trial.

They create a company renowned for its family atmosphere, where generation succeeded generation - a company whose expertise not only produced first class motor cycles like the Bullet, the Crusader and the Interceptor but also pioneered air-cooled diesel engines and were even involved in the development of atomic energy.
The concluding stories are by those who worked there during the final ten years, when the company was reduced from a workforce of over 1,500 to one employee in the front room of a terraced house. 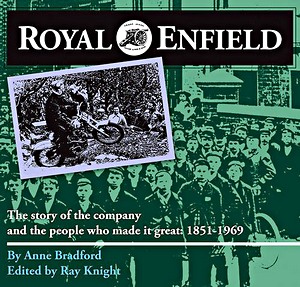 The firm of Royal Enfield was one of the best-known names of the British motorcycle industry, but curiously its products have never received the adulation bestowed on the products of Triumph, BSA and others.
In this complete history, top motorcycle authority Mick Walker shows that there was, in fact, much for the Redditch-based firm to be proud of, in the shape of good-looking, innovative machines that inspired a generation. And what other company can boast a model still in popular production sixty years after its launch? 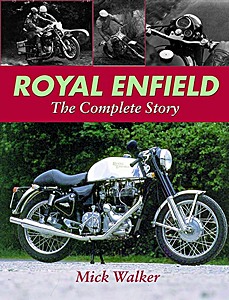 Despite being one of the most successful motorcycles of all time, the Royal Enfield Bullet has had a very chequered history. Its story begins in the 1930s and by the 1950s it was at the height of its popularity in post-War Britain. Then it became a stalwart of the Indian Army and manufacture transitioned from Britain to India.
The near-collapse of the Royal Enfield marque in the 1990s almost meant the end of this classic motorbike, but with the involvement of the Eicher Group from 2001 onwards, the updated Bullet generated new interest and renewed its original commercial success, just like a phoenix rising from the ashes.

With over 200 photographs, this book describes the origins of the Royal Enfield company and the pre-war Bullets from 1932 and the relaunch of the Bullet in 1949 with its radical swinging-arm frame. Derivative models such as the 350 and 500, as well as those for competition and road are covered as well as specials such as diesels, V-twins, Egli and big-bore Bullets.

The development story behind the lean-burn, electric-start and 5-speed updates is discussed as well as the UCE - the all-new Bullet from 2008 and the Classic and its design story. Finally, the evolution beyond the Bullet is covered which includes the Continental GT and Himalyan 650 twins. 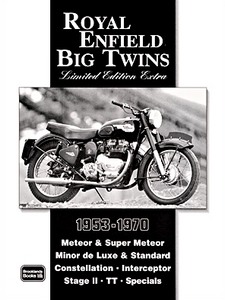 This step-by-step guide to buying a secondhand Royal Enfield Bullet includes everything a buyer needs to know: assessment of engine, transmission, frame, paintwork and chrome, tinwork, wheels and tyres, brakes, electrics, and even an explanation of engine and frame numbers.

Included is a run down of the various Bullet models, and an assessment of which of these offers the best investment potential, including the rare diesel and Fritz Egli versions. Plus, there's detailed advice on auctions, paperwork, problems due to lack of use, and useful contacts. 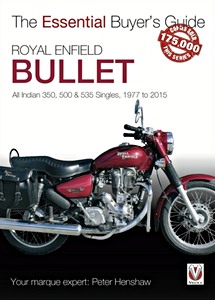 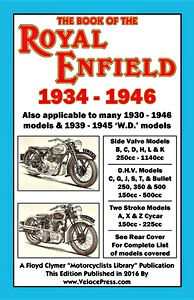 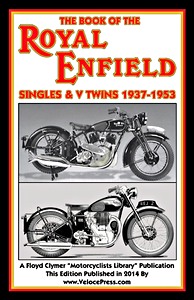 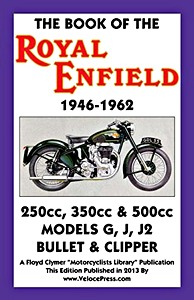 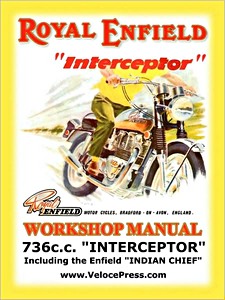 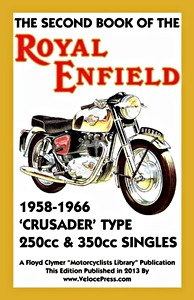 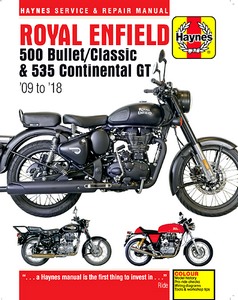 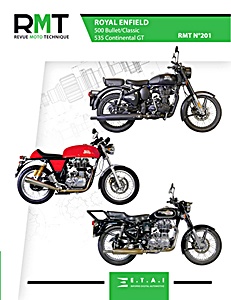