Omschrijving - Created during WWII by the War Department, the Handbook on Japanese Military Forces was intended to familiarize command staff with nearly every aspect of Tojo's war machine. Originally classified "restricted", the Handbook was created from the best intelligence that the OSS and other military information sources could offer.

It contains comprehensive information and analysis of the Japanese military system, and includes chapters on recruitment and training, field organization, tactics and fortifications. It also contains a description of Japanese insignia, uniforms and equipment.
This includes discussions of mechanized forces and weapons from small arms to mortars, artillery, vehicles and tanks, as well as naval and land-based aircraft.
Additional chapters describe the Special Forces and Military Police.

While some of the details within this book may bear review in light of history, it remains one of the most comprehensive compendiums of information about the Japanese forces ever assembled.
Although it was declassified after WWII, it's never been easy to obtain a copy of this book. This high quality reprint includes all the original text, diagrams and photographs from the final October, 1944 edition. 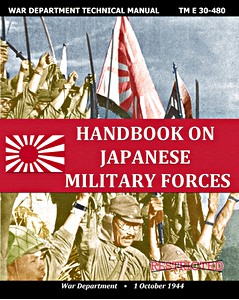 Omschrijving - The popular image of the Japanese tanks which faced the markedly superior tanks fielded by the Allies during the Second World War is one of poorly armed and armoured Lilliputian tin cans which failed to make any impression upon the battlefield.
In this absorbing new history, David McCormack looks beyond widely held and unchallenged misconceptions to create a new narrative in which Japan's rightful place as a leading innovator in tank design and doctrine is restored.

Why did Japan produce tanks in such limited numbers? What contribution did Japanese tanks make to the war effort? Why did it take Japan so long to develop heavier tanks capable of meeting the Allies on more equal terms?
Drawing from primary and secondary sources, the author's meticulous research provides the reader with an objective appraisal of both the successes and failures of the Empire of the Sun's tank forces. 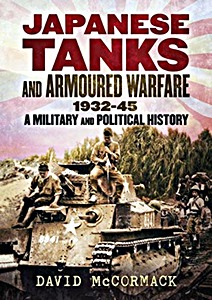 Omschrijving - In this book, expert author and tactician Gordon L Rottman provides the first English-language study of Japanese Army and Navy tank units, their tactics and how they were deployed in action. The Japanese army made extensive use of its tanks in the campaigns in China in the 1930s, and it was in these early successes that the Japanese began to develop their own unique style of tank tactics.

From the steam-rolling success of the Japanese as they invaded Manchuria until the eventual Japanese defeat, Rottman provides a battle history of the Japanese tank units as they faced the Chinese, the Russians, the British and the Americans. 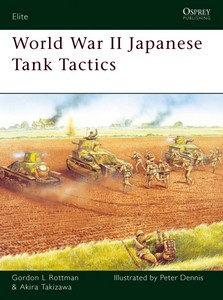 Omschrijving - The Japanese Army used tanks to great effect in the build-up to World War II. Inspired by European designs, in the 1920s and 1930s an innovative Japanese tank program facilitated their campaigns in China prior to the Pacific War. During the ensuing war against the Allies tanks were deployed imaginatively in jungle terrain previously thought impassable by such vehicles, being integral in Malaya and the capture of Singapore.
Steven J Zaloga uses detailed and colorful artwork and photographs to explore these designs, explaining their neglect in favor of the naval priorities that left Japanese tanks outmoded by Western designs. 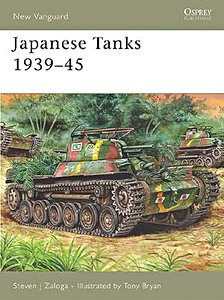 Omschrijving - The German Army used tanks to devastating effect in their Blitzkrieg campaigns during the early years of the Second World War and in the intense defensive battles leading up to final defeat in 1945.

It may be a surprise to many that the Japanese Army had more tanks than Nazi Germany in 1938; these included the Type 95 light tank and the Type 89 and 97 medium tanks. Co-belligerents in the Axis Alliance that built their own tanks included Italy, Romania and Hungary.
The latter was responsible for the Toldi and Turan light tank series.

As can be seen from the descriptions and images in this classic Images of War series work, the Axis powers had drawn on British and, in some cases, French design for their tanks in the period leading up to the Second World War: the Carden-Loyd tankette suspension was used in the Panzer 1 series and the light Italian and Japanese tanks.
German engineering talent resulted in the original and ingenious designs of the Panzer II, III and IV series and, later in the War, the Panther Medium and Tiger heavy tanks.

This latest work by author and expert Mike Green will fascinate and inform historians, engineers and war gamers. 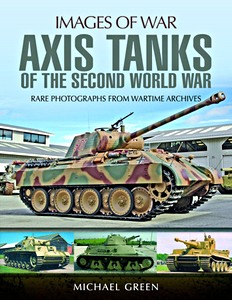 Meanwhile, the Americans saw the tank as an infantry support weapon, but developed a more systematic tactical doctrine. They settled upon a larger medium tank - in the case of most Marine Corps tank battalions, the diesel-powered M4A2 (unwanted by the US Army).

This superbly detailed title reveals how both the two sides' tactical and technical differences in the approach to armored warfare soon became apparent over a series of deadly engagements, from the first tank fight at the battle of Tarawa in November 1943, through to engagements on Parry Island, Saipan, and Guam, before ending with Peleliu in September 1944. 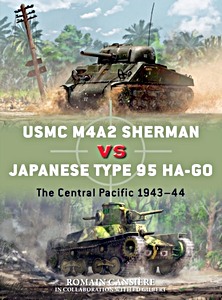 Omschrijving - Although US and Japanese tank forces first clashed in 1941, it was on in 1944 that tank-vs-tank action became more common as both sides poured larger numbers of tanks into the combat zone. These battles were a means of demonstrating each side's latest tank technology.

For the US, the pinnacle of their tank machinery came in the form of the M4 Sherman and for the Japanese, their most notable feat of engineering was the smaller, yet still effective Type 97 Chi-Ha.
The last two campaigns of the war - Iwo Jima and Okinawa - saw tanks used by both sides, the Japanese finally concluding that "the fight against the US Army is a fight against his M4 tanks". 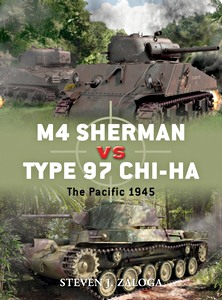 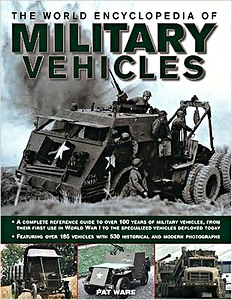 The World Encyclopedia of Military Vehicles 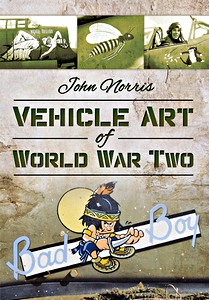 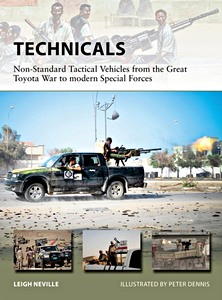