Description - The NASA Mercury programme bridged the gap between the hypersonic X-15 and the two-man Gemini spacecraft, which in turn led to the Apollo spacecraft. The Mercury programme began in 1958, with the goal of putting a man into Earth orbit and returning him safely, ideally before the Soviet Union.

Seven astronauts were selected to train for spaceflights on the Mercury programme, and they became known as the Mercury Seven. A number of unmanned flights were made prior to the first manned flight, a sub-orbital flight in May 1961, that put US astronaut Alan Shephard in space, before John Glen became the first American to reach Earth orbit in February 1962. 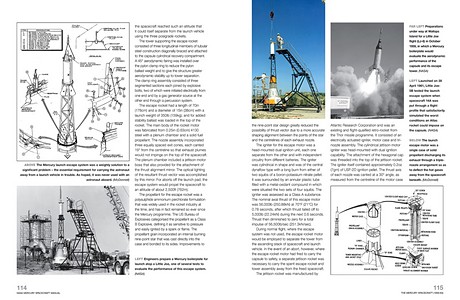 The NASA Mercury Owners' Workshop Manual provides in-depth engineering insight, and tells the story of the hardware, the missions and the men behind Project Mercury.
Dr. David Baker worked with NASA on the Gemini, Apollo and Shuttle programmes between 1965 and 1990. He has written more than 80 books on spaceflight technology. 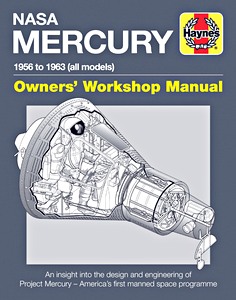 Description - On October 4, 1957 at 10:28 Moscow time, a rocket carrying the world's first orbiting satellite roared into space, signaling a new era in human history and the beginning of the so-called "space race" - an epic rivalry pitting the technological know-how of the Soviet Union against that of the United States.
Despite some highly publicized failures, the USA managed to answer the Russians with the successful launch of Explorer 1 in January of 1958. The next major milestone would be to put a human into orbit, a goal that defined the USA's Project Mercury.

After a long series of test launches including a sub-orbital flight with the chimp Ham on board, Mercury astronaut Alan Shepard became the first American in space. On May 5, 1961 Shepard rode a Redstone rocket into space for a sub-orbital flight that lasted under 16 minutes.
Nine months later, John Glenn's Friendship 7 capsule was launched into space atop an Atlas booster, and Glenn became the first American to orbit the earth. Glenn remained in space for nearly five hours and circled the planet three times. While these flights represented enormous achievements neither was an outright space race victory: cosmonaut Yuri Gagarin's orbital flight of April 12, 1961 earned him the title of first man in space, and first man to orbit the Earth.

Designed by brilliant engineer Max Faget and a team at NASA, the Mercury space capsule represented an entirely new class of vehicle. Just large enough for a single astronaut, the joke about the cramped capsule was that it was "worn, not ridden". Despite reports otherwise, the capsule could be and was flown by astronauts who had attitude control thrusters at their disposal and a window for viewing. The capsule also boasted manual re-entry controls.

Created by NASA and contractor McDonnell Aircraft, this Familiarization Manual explains all the systems aboard the Mercury space capsule including cabin controls, environmental and stabilization controls and systems, launch and re-entry sequence procedures, and navigation and communications equipment and procedures. Dating from June of 1962, it represents a late revision of documents created at the beginning of the Mercury program.

Originally restricted, this manual has been declassified and is presented in its entirety, running nearly 400 pages.

Description - In January 1959, after an exhaustive search through military service records, a number of America's elite test pilots received orders to attend a series of top-secret briefings in Washington, D.C. These briefings were designed to assist in selecting a group of astronauts for the newly formed National Aeronautics and Space Administration (NASA) and its man-in-space program, Project Mercury.

Following in-depth medical and psychological screening, 32 finalists were chosen. They would be subjected to the most rigorous, exploratory, and even degrading medical and psychological stress tests ever imposed on the nation's service personnel.
NASA wanted the best of the best in its quest for the nation's first astronauts, and this is the story of that search for a group of near-supermen who were destined to become trailblazing pioneers of American space flight.

For the very first time, after extensive research and numerous interviews, the names and amazing stories of those 32 finalists are finally revealed in this book. Only seven of them would ultimately be selected as America's Mercury astronauts, but those responsible for choosing the seven openly concede that it was an incredibly difficult task.
They reveal that any of these courageous and superbly talented test pilots could so easily have been selected to fly into space, finding adventure, fame, and lasting renown as one of NASA's legendary Mercury astronauts. 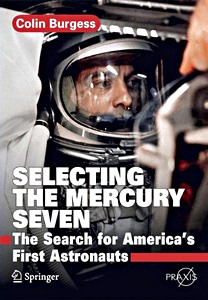 Description - NASA's Mercury astronauts were seven highly skilled professional test pilots. Each of them seemed to possess the strength of character and commitment necessary to overcome apparently insurmountable obstacles as the United States entered into a Cold War space race with the Soviet Union.

This was never more evident than on the epic suborbital MR-4 flight of Liberty Bell 7 with astronaut Virgil ('Gus') Grissom piloting the spacecraft to a successful splashdown, followed by the premature blowing of the craft's explosive hatch.
After a hurried exit and struggling to stay afloat, he could only watch helplessly as the recovery helicopter pilot valiantly fought a losing battle to save the sinking capsule.
That day NASA not only lost a spacecraft but came perilously close to losing one of its Mercury astronauts, a decorated Korean fighter pilot from Indiana who might one day have soared to the highest goal of them all, as the first person to set foot on the Moon.

For the first time, many of those closest to the flight of Liberty Bell 7 and astronaut Gus Grissom offer their stories and opinions on the dramatic events of July 21, 1961, and his later pioneering Gemini mission. They also tell of an often controversial life cut tragically and horrifically short in a launch pad fire that shocked the nation.

Contents:
1. Creating a Mercury capsule
2. An astronaut named Gus
3. Preparing for launch
4. The flight of Liberty Bell 7
5. An astronaut in peril
6. One program ends, another begins
7. A tale of two hatches
8. Epilogue: From the depths of the ocean

Description - To a nation enthralled by the heroic exploits of the Mercury astronauts, the launch of Lt. Cmdr. Scott Carpenter on NASA's second orbital space flight was a renewed cause for pride, jubilation and celebration.
Within hours, that excitement had given way to stunned disbelief and anxiety as shaken broadcasters began preparing the American public for the very real possibility that an American astronaut and his spacecraft may have been lost at sea.

In fact, it had been a very close call. Completely out of fuel and forced to manually guide Aurora 7 through the frightening inferno of re-entry, Carpenter brought the Mercury spacecraft down to a safe splashdown in the ocean.
In doing so, he controversially overshot the intended landing zone. Despite his efforts, Carpenter's performance on the MA-7 mission was later derided by powerful figures within NASA. He would never fly into space again.

Taking temporary leave of NASA, Carpenter participated in the U.S. Navy's pioneering Sealab program. For a record 30 days he lived and worked aboard a pressurized habitat resting on the floor of the ocean, becoming the nation's first astronaut/aquanaut explorer.

Following extensive research conducted by noted spaceflight historian Colin Burgess, the drama-filled flight of Aurora 7 is faithfully recounted in this engrossing book, along with the personal recollections of Scott Carpenter and those closest to the actual events. 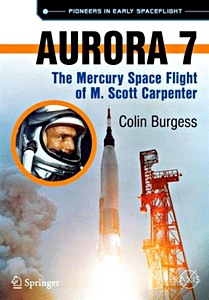 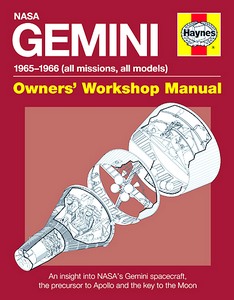 NASA Gemini Manual 1965-1966 (all missions, all models) - An insight into NASA's Gemini spacecraft 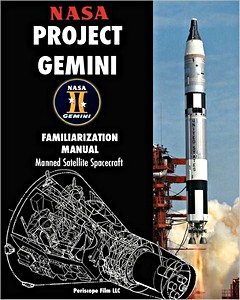