In the massive revolution that affected warship design between Waterloo and the Warrior, the Royal Navy was traditionally depicted as fiercely resisting every change until it was almost too late, but these old assumptions were first challenged in this authoritative history of the transition from sail to steam. Originally published in 1990, it began a process of revaluation which has produced a more positive assessment of the British contribution to the naval developments of the period.
This classic work is here reprinted in an entirely new edition, with more extensive illustration.

Beginning with the structural innovations of Robert Seppings, the book traces the gradual introduction of more scientific methods and the advent of steam and the paddle fighting ship, iron hulls and screw propulsion. It analyses the performance of the fleet in the war with Russia (1853-1856), and concludes with the design of the Warrior, the first iron-hulled, seagoing capital ship in the world.

The author presents a picture of an organisation that was well aware of new technology, carefully evaluating its practical advantage, and occasionally (as with its enthusiastic espousal of iron hulls) moving too quickly for the good of the service. Written by an eminent naval architect, "Before the Ironclad" is both a balanced account of general developments, and an in-depth study of the ships themselves. 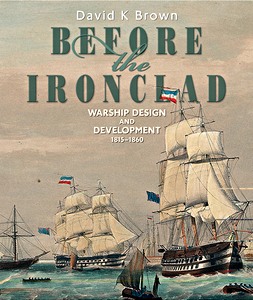 The battleships of the world's navies in the 1820s were descended directly in line from the Revenge of 1577: they were wooden-built, sail-powered and mounted guns on the broadside, firing solid shot.

In the next half century, steel, steam and shells had wrought a transformation and by 1906, Dreadnought had ushered in a revolution in naval architecture. The naval race between Britain and Germany that followed, led to the clash of the navies at Jutland in 1916.
Though this was indecisive, the German navy never again challenged the Grand Fleet of Britain during the war, and eventually the crews refused to put to sea again.
Disarmament on a massive scale followed, but the battleship was still regarded as the arbiter of sea-power in the years between the wars.

However, the advocates of air power were looking to the future, and when in 1940 biplane Swordfish torpedo bombers of the Fleet Air Arm sank three Italian battleships at their moorings in Taranto, the Japanese sensed their opportunity. Their attack on the American Pacific fleet base at Pearl Harbor sank eight battleships - but the American carriers were at sea, and escaped destruction.

Given the distances involved, the Pacific war was necessarily a carrier war, and in the major actions of the Coral Sea, Midway, Leyte Gulf and the Philippine Sea, all the fighting was done by aircraft, with battleships reduced to a supporting role.
Soon after the war ended, most were sent for scrap, and a naval tradition had come to an end. 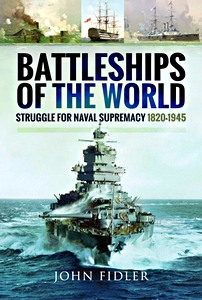 The first recorded engagement by a steam-powered warship took place on a river, when in 1824 the Honourable East India Company's gunboat Diana went into action on the Irrawaddy in Burma. In the 150 years that followed river gunboats played a significant part in over forty campaigns and individual actions, down to the Portuguese and American 'Brown Water' fighting in Africa and Vietnam respectively at the end of the twentieth century.
They proved to be the decisive factor in operations against the Maoris, with Gordon's Ever Victorious Army in China, during the river campaigns of the American Civil War, in the French conquest of Indochina, during Kitchener's advance on Khartoum, and on the Rufiji and Tigris during the Great War.

River gunboats fought for the Paris Commune, on the rivers of South America, against the Bolsheviks, and during the Second World War in the open waters of the Mediterranean, while armoured Soviet gunboats fought German Panzers, and a pair of 'Girls' attacked the Japanese on the banks of the Irrawaddy.

This lavishly illustrated encyclopaedia describes vessels of every nation designed as river gunboats, plus those converted river steamers which took part in combat. Maps of the river systems where they operated are included, together with narratives of the principal actions involving river gunboats. Their story is brought up-to-date with data on current riverine combat vessels in service today. 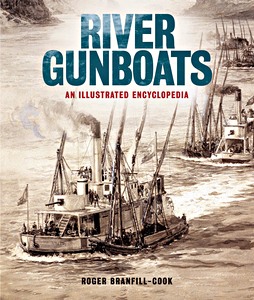 For more than 30 years the Nile river gunboat was an indispensable tool of empire, policing the great river and acting as floating symbols of British imperial power. They participated in every significant colonial campaign in the region, from the British invasion of Egypt in 1882 to the Battle of Omdurman in 1898, when Britain finally won control of the Sudan.
After that, the gunboats helped maintain British control over both Egypt and the Sudan, and played a key role in safeguarding British interests around the headwaters of the Nile - a region hotly contested by several European powers.

Featuring specially commissioned artwork, this comprehensive volume offers a detailed analysis of the Nile river gunboats' entire career, from policing British colonial interests along the great river to defending Egypt against the Ottoman Turks in World War I. 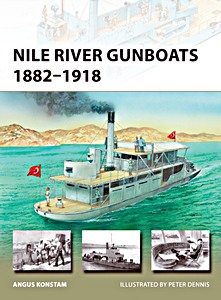 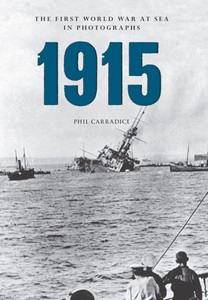 1915 - The First World War at Sea in Photographs 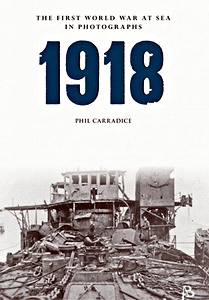 1918 - The First World War at Sea in Photographs 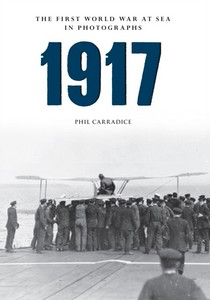 1917 - The First World War at Sea in Photographs 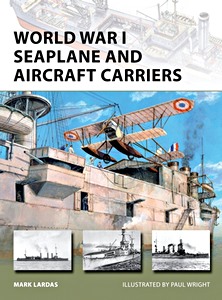 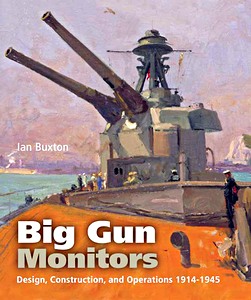 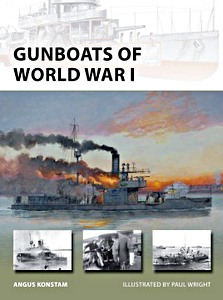 Gunboats of World War I 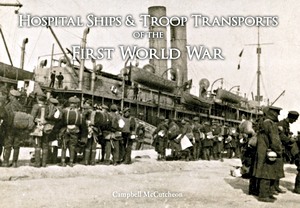 Hospital Ships and Troop Transport of the First World War

Warships of the Great War Era - A History in Ship Models