Covers cargo ships that are termed mid-ships layout, three-quarters aft layout and also those with a split superstructure. The book looks at cargo liners, former cargo liners and tramp ships in service under a wide variety of flags. Some ships date back as far as 1914 and some of the classic designs that appeared through to the early 1980s are also covered.

This is the latest book in the Looking Back......series. There are stunning colour photographs of traditional cargo ships with detailed captions giving information about the ship, its history and location.
For the purpose of this book, a traditional cargo ship is defined as a dry-cargo vessel that has cargo accommodation both forward and aft of its machinery space. 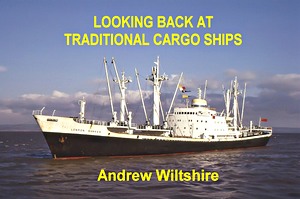 In both World Wars there arose a pressing need for merchant tonnage both to supplement existing ships but, more importantly, to replace ships that had been sunk by enemy action, and the key to the Allied strategy in both wars was a massive programme of merchant shipbuilding.
This need gave rise to a series of standard designs with increasing emphasis on prefabrication and a progression towards welded hulls.

This book tells the remarkable story of the design and construction of the many types that not only contributed to their country s war efforts, but were also responsible for a cultural change in world shipbuilding that would lay the foundations for the post-war industry.
The story begins in the First World War with the National type cargo ships which were the first examples of prefabricated construction. The best known of all types of wartime standard ships, of course, were the Liberty ships and their successor, the better equipped Victory ships, both built in the United States. Some 2,700 Liberty ships were built and this incredible achievement undoubtedly saved the Allies from losing the War. In Canada, the Ocean and Park ships made a further major contribution.

Germany and Japan also introduced standard merchant shipbuilding programmes during the Second World War and these are covered in detail. The many different types and designs are all reviewed and their roles explained, while the design criteria, innovative building techniques and the human element of their successful operation is covered. 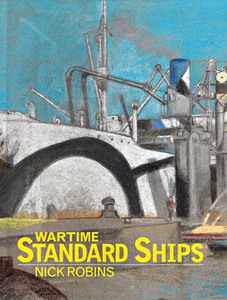 The tramp ship was the taxi of the seas. With no regular schedules, it voyaged anywhere and everywhere, picking up and dropping off cargoes, mainly bulk cargoes such as coal, grain, timber, china clay and oil. It was the older and slower vessels that tended to find their way into this trade, hence the tag 'tramp', though new tramps were built, often with the owner's eye on chartering to the liner companies.

In this book by the well-known author Roy Fenton, their evolution is described over the course of more than 100 years, from the 1860s, when the steam tramp developed from the screw collier, until it was largely replaced by the specialist bulk carrier in the 1980s.

An introduction looks at the design and building of tramps before going on to describe the machinery, from simple triple-expansion turbines to diesel engines. Their operation and management and the life of the officers and crews is also covered.
The meat of the book is to be found in the 300 wonderfully evocative photographs of individual ships which illustrate the development of the tramp and its trades through the last years of the 19th century, the two world wars, and the postwar years.
Each caption gives the dimensions, the owners and the builder, and outlines the career, with notes on trades and how they changed over a ship's lifetime. Design features are highlighted and notes on machinery included. 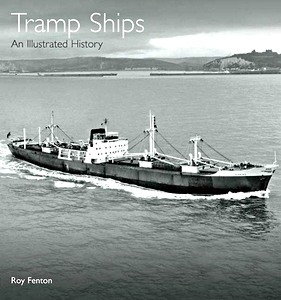 In the post-war era, there was still a demand for ocean-going travel, not just on the glamorous large liners and mail ships, but also on much smaller ships. Many of these could be just as well appointed and comfortable and doubtless provided an intimacy that may have been missing from the larger and faster ships.
If time was not a vital consideration, and money possibly was, then travel by cargo liner was an ideal option.

The pictures presented here represent souvenirs of an era that air travel and the onset of the fast container ship have totally obliterated. Many of the photographs presented here were acquired between 1961 and 1965 from the major British and European shipping companies, some of whom responded particularly generously. Some Asian and American companies contributed as well.

This material gives an insight into the use of postcards and photographs as a vital part of marketing, promotion and public relations in a world that was soon to disappear. Here, Mark Lee Inman collects some of the most interesting pictures and postcards of this era. 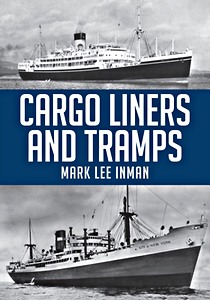 Freighters of the 1950s and '60s - with masts, booms and hatches - were the last of their generation. It was the end of an era, just before the massive transition to faster, more efficient containerised shipping on larger and larger vessels.
These were `working ships', but many would be retired prematurely and finish up under flags of convenience, for virtually unknown owners, before going off to the scrappers in the 1970s and '80s.

For some ships, their life's work was cut short and their decommissioning was quick. In "Handling Cargo", William H. Miller remembers the likes of Cunard, Holland America and United States Lines on the North Atlantic, Moore McCormack Lines to South America, Farrell Lines to Africa and P&O out East. 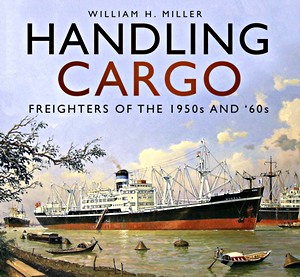 The 1954 film On the Waterfront brought to life the New York docks of the 1950s, when it was often said that a ship, usually a freighter, arrived or departed every 24 minutes, around the clock.
Now, the Port of New York is handling more cargo than ever before, but all of it containerised.

"Along the Waterfront", a followon to "Along the Hudson" (which looked at passenger ships in the Port of New York), covers the vast and fascinating fleet of freighters that once called at New York, including ships and companies that did not quite make it, such as the Bull Line, Standard Fruit, Torm Lines and the Booth Steamship Company.
In this book, William H. Miller takes the reader on an evocative trip back to the days of the New York docks as they were portrayed in On the Waterfront. 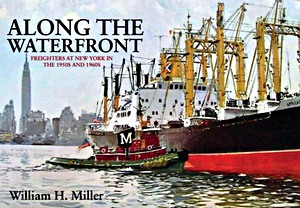 Written by Bernard McCall, this book has 83 colour photographs of coasters built during the 1970s. The photographs date from the 1970s up to the present day and we see some ships in their original guise and others after being sold and/or modernised.
Detailed captions accompanying the photographs tell more about the history of the ship. 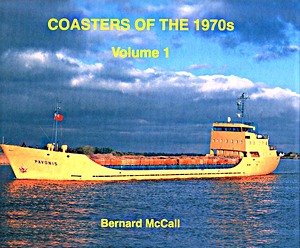 This hardback full-colour album details coasters built in the 70s over 96 pages and with 106 photographs. Some ships remain in their original guise while others are documented throughout their life after being sold and/or modernised.
The colour photographs are accompanied by detailed captions that tell more about the ship and, in some cases, the building yard. 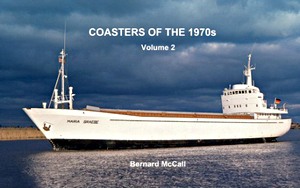 An unusual blend of cargo freight, holiday-making passengers and government officials, the combination cargo-passenger ship is an oddity now all but relegated to the past.
In its heyday, however, royals such as Princess Alice, Countess of Athlone, were known to travel by 'banana boat' to the Caribbean. Ships such as Fyffes Line's Golfito would stop at Trinidad, Barbados and Kingston to load up with bananas, whilst passengers would make the most of the exotic setting.

Carrying between 50 and 100 passengers with anything up to 10,000 tons of cargo, these ships were both working freighters as well as elegant cruise-like ships, renowned for their intimate, yacht-like atmosphere.
William Miller is the author of ninety books on passenger ships and is an acknowledged world expert on the subject. Told with affection, this nostalgic insight into the world of passenger-cargo ships brings to life, in full colour, the magnificent ships and passengers from the golden age of interoceanic travel. 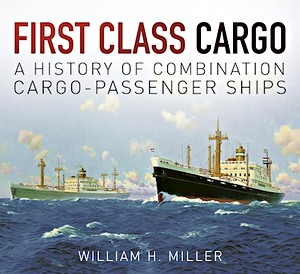 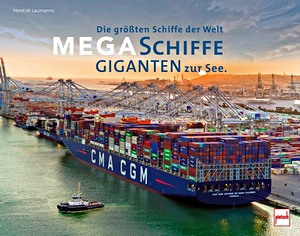 In this latest addition to Andrew Wiltshire's Looking Back series, we take a fifty year journey exploring container ships from around the world. Learn about the ships that have rapidly changed the face of worldwide shipping and global trade today and the consortia formed to operate them.
A chronological look at container ships from the early conversions through to the giants that have entered service in the last few years. 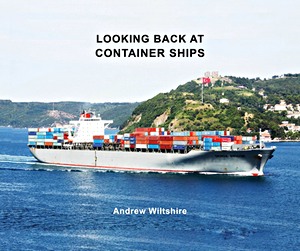 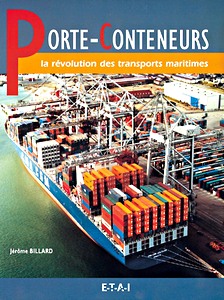 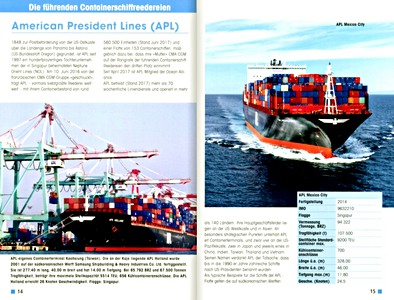 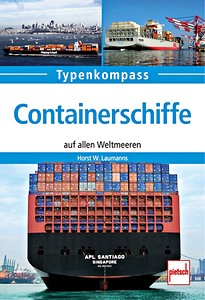 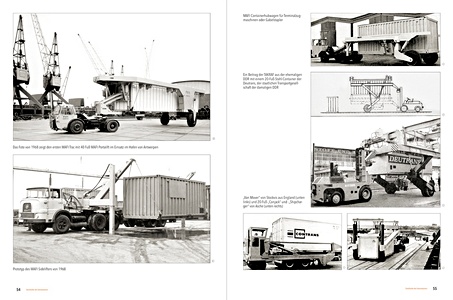 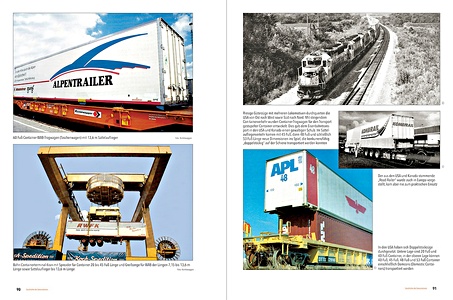 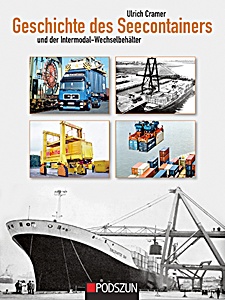 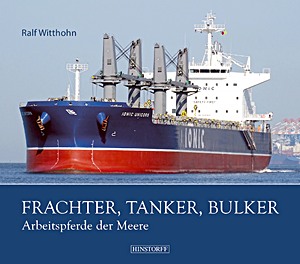 A significant development occurred in 1925 when Swedish owners took delivery of a pair of purpose-built ore carriers. The 1950s witnessed the continued development of the bulk carrier, with larger ships being constructed, often for specific trades such as the carriage of iron ore. The ten years between 1962 and 1972 saw bulk trade expand dramatically. Nowadays the bulk carrier continues to play a vital role worldwide.

Written by Andrew Wiltshire, this book contains 106 colour images of bulk carriers including specialised vessels for the carriage of ore, cement, coal and self-discharge in addition to the many different types of conventional bulkers and ore/oil vessels. 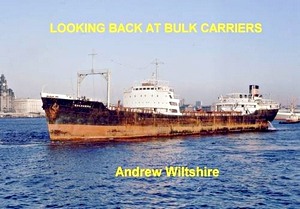 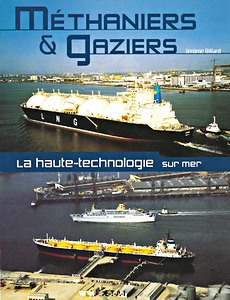 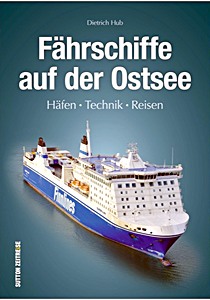 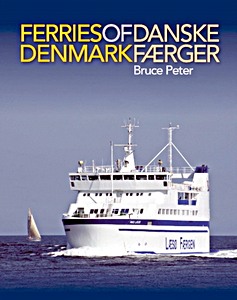 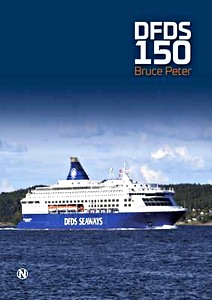 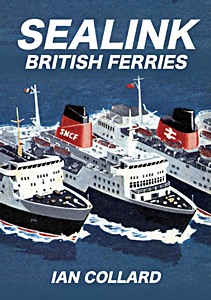